Our remote team ran an experiment and something really interesting happened! 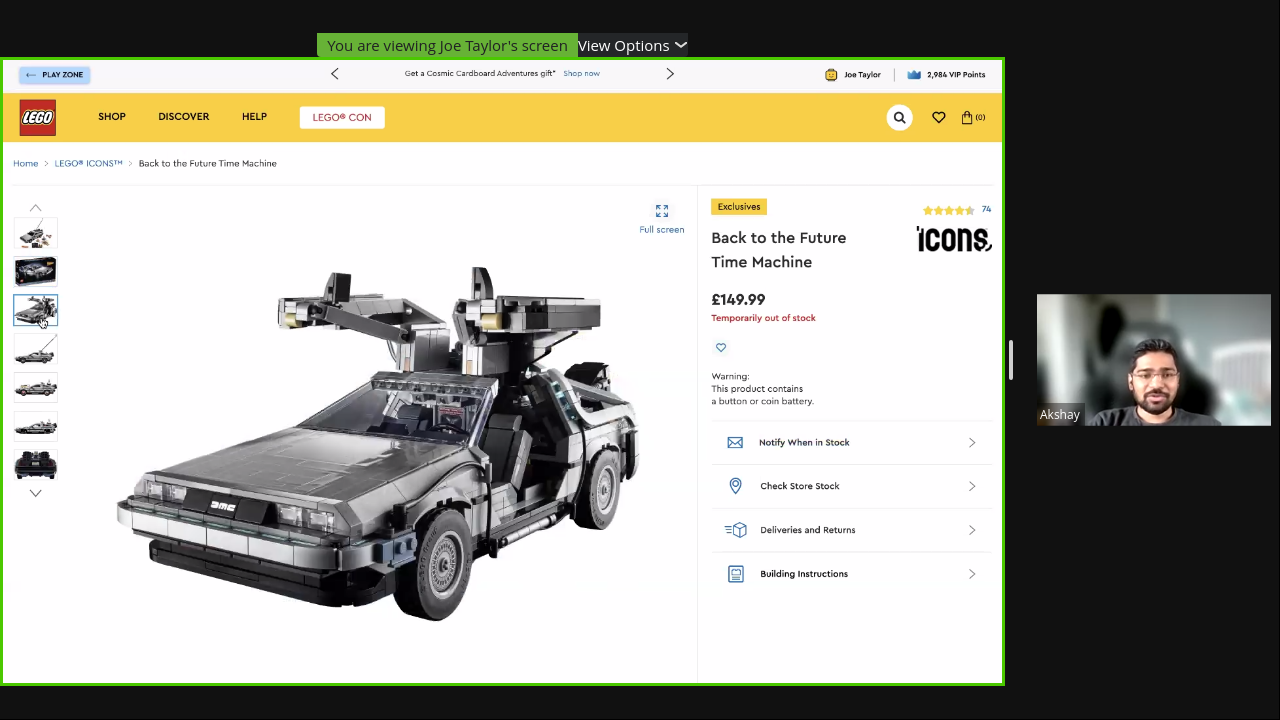 I wanted to share something my remote team has been doing. We ran an experiment and something really interesting happened...

We're distributed across the US, UK, and India, and wanted to feel a bit closer together during the day, outside of the usual meetings. So we created an always-on video channel and added our AI summarizer, Nemo. This experiment has a few simple elements:

* Team members wanting an impromptu chat can 'jump on' the live channel any time of the day/night. Nemo notices and tells the rest of the team that somebody jumped on (via Slack).

* Nemo listens to the live conversations and posts topic changes to Slack, helping other people jump on if something interests them.

* Team members in different timezones or work modes can see what happened on the channel asynchronously via Nemo's recorded highlight clips and text summaries in Slack.

What happened in the first 2 weeks

* Initially at start of first week it was me, the team manager, who triggered the 'jump ons'. I tended to jump on mid-morning with a coffee, and late evening. After a few minutes, usually at least one other team member would jump on too. Our sessions usually last 10 minutes or so. Leaving was awkward - do I say 'goodbye'? Is it an actual meeting?!

* After a few days, other team members started triggering their own 'jump ons'. The sessions invariably are about something non-work but often contain useful work info snippets. Jumping off becomes easier and less of an event. Wave and go.

* The second week, Nemo started to push topic descriptions to our Slack channel about what people discussed. FOMO became a great driver of follow-up jump ons. Then Nemo started sharing pictures to Slack of what was happening, and then a post-jumpon video highlights report of what had happened. Richer triggers help.

* Personally, I got to know my team better the last 2 weeks versus months of project meetings. Other team members reported the same.

* My scheduled Monday team catch up meeting started to feel redundant. We all pretty much already knew what was on other people's minds.

* People started jumping on for help and questions about what they were working on. Several times, I noticed via Nemo's topic alerts and highlight clips that I could potentially help out with a question, either live in-the-moment or some time later.

* We made a change to Nemo that accidentally broke the experiment and stopped Nemo from joining the always-on video channel, so nobody knew when something was happening. This lasted for 2 days and we all noted how much we missed the ability to just jump on. It felt like something was missing.

We're going to continue the experiment for another 2 weeks at least, and we're also going to see if other remote/hybrid/distributed teams want to try their own versions of 'jumping on'. We can run the same thing with another 2-3 teams. If you'd like to try with your team, email me at joe@usenemo.com.

Lu Luo
•
April 6, 2022
Questions are a critical language tool for team collaboration and communication. The ability for team members to efficiently request and exchange important information leads to better functioning teams, and can even improve team bonding. 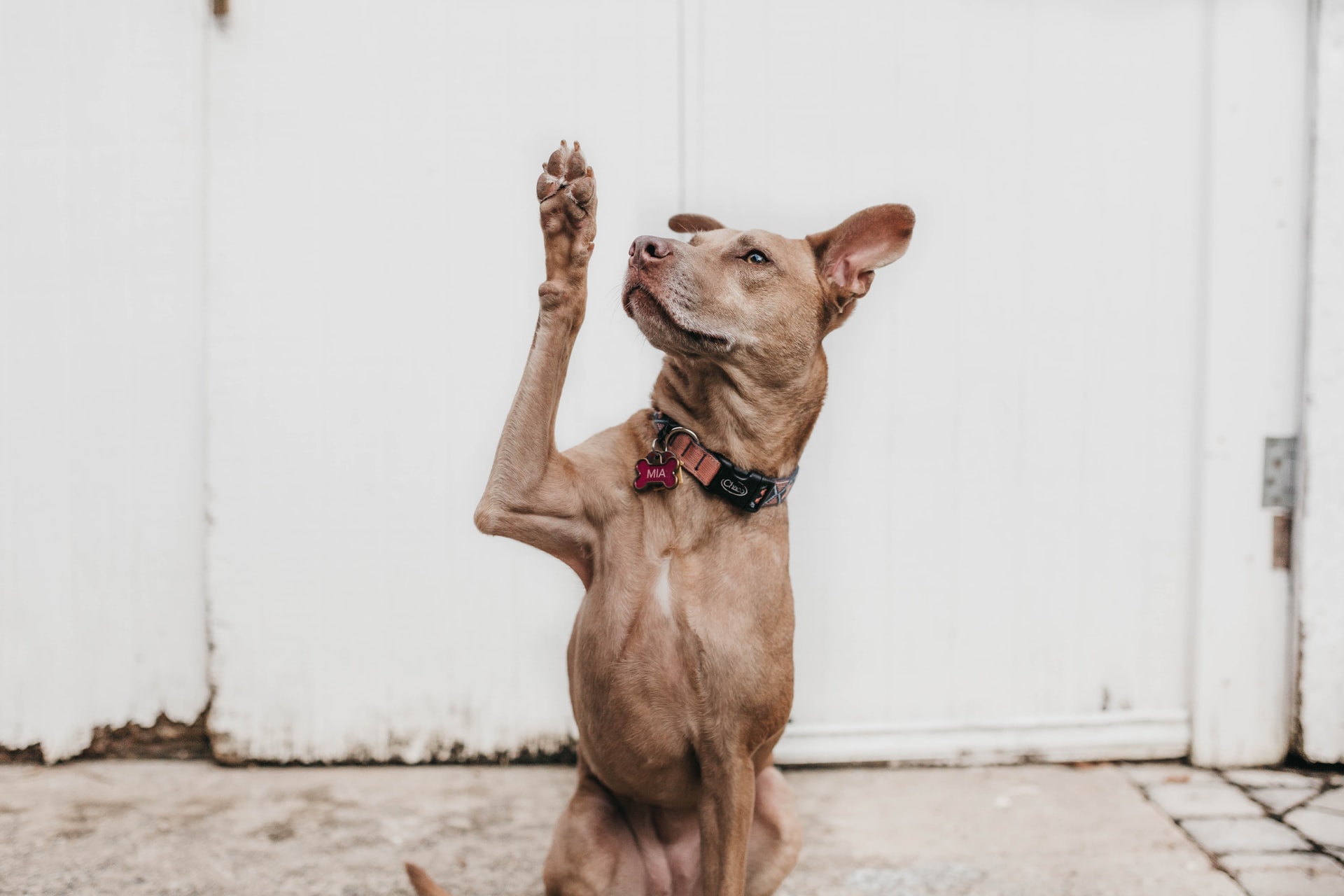 The Nemo waitlist has launched on BetaList 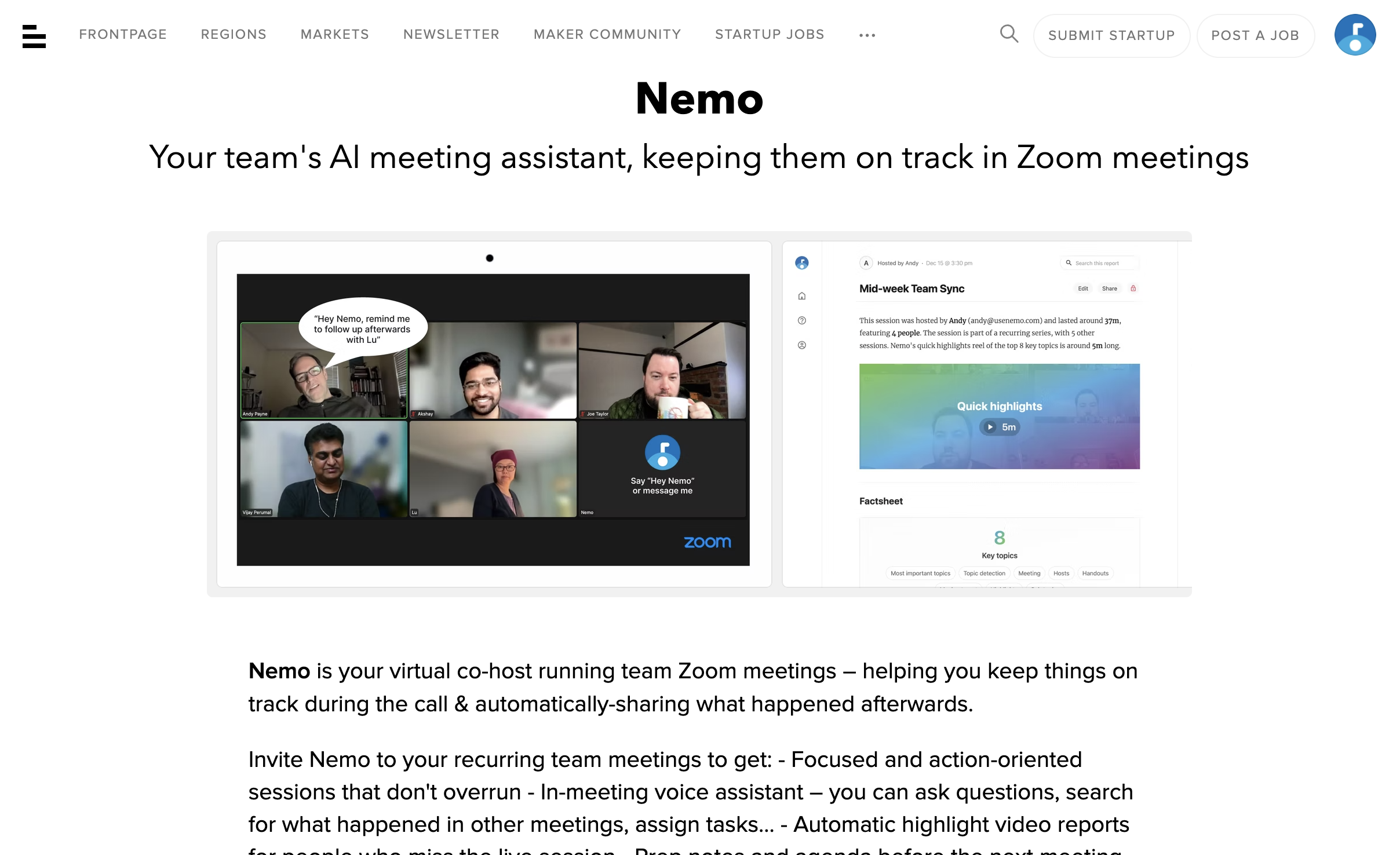 You want to record Zoom meetings? Here's a better way...

Joe Taylor
•
March 31, 2022
Here's the thing about Zoom meeting recordings... nobody watches them. Or reads the text transcript. Instead, use Nemo to create super quick video highlights of what happens in your virtual team meetings. 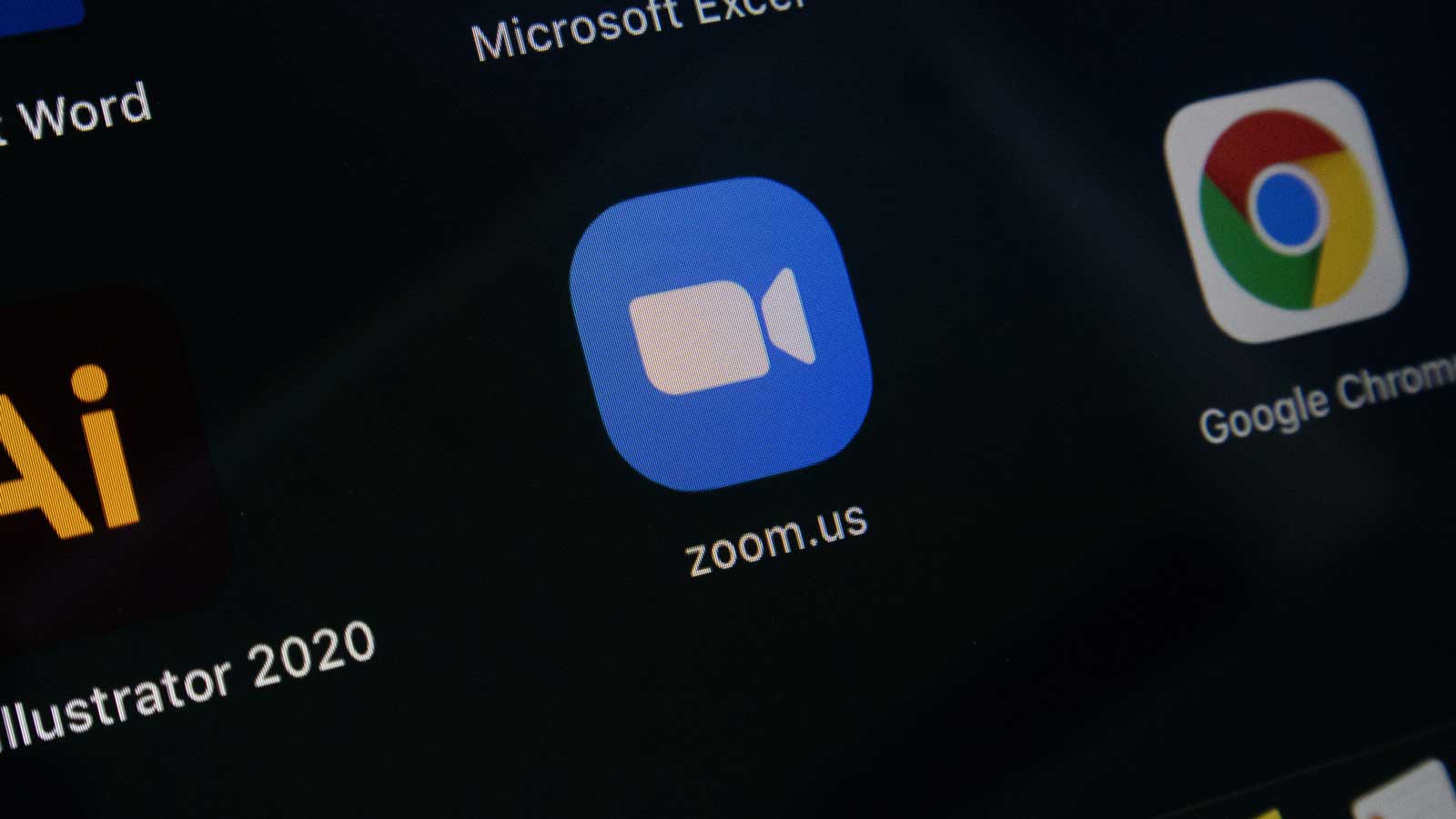 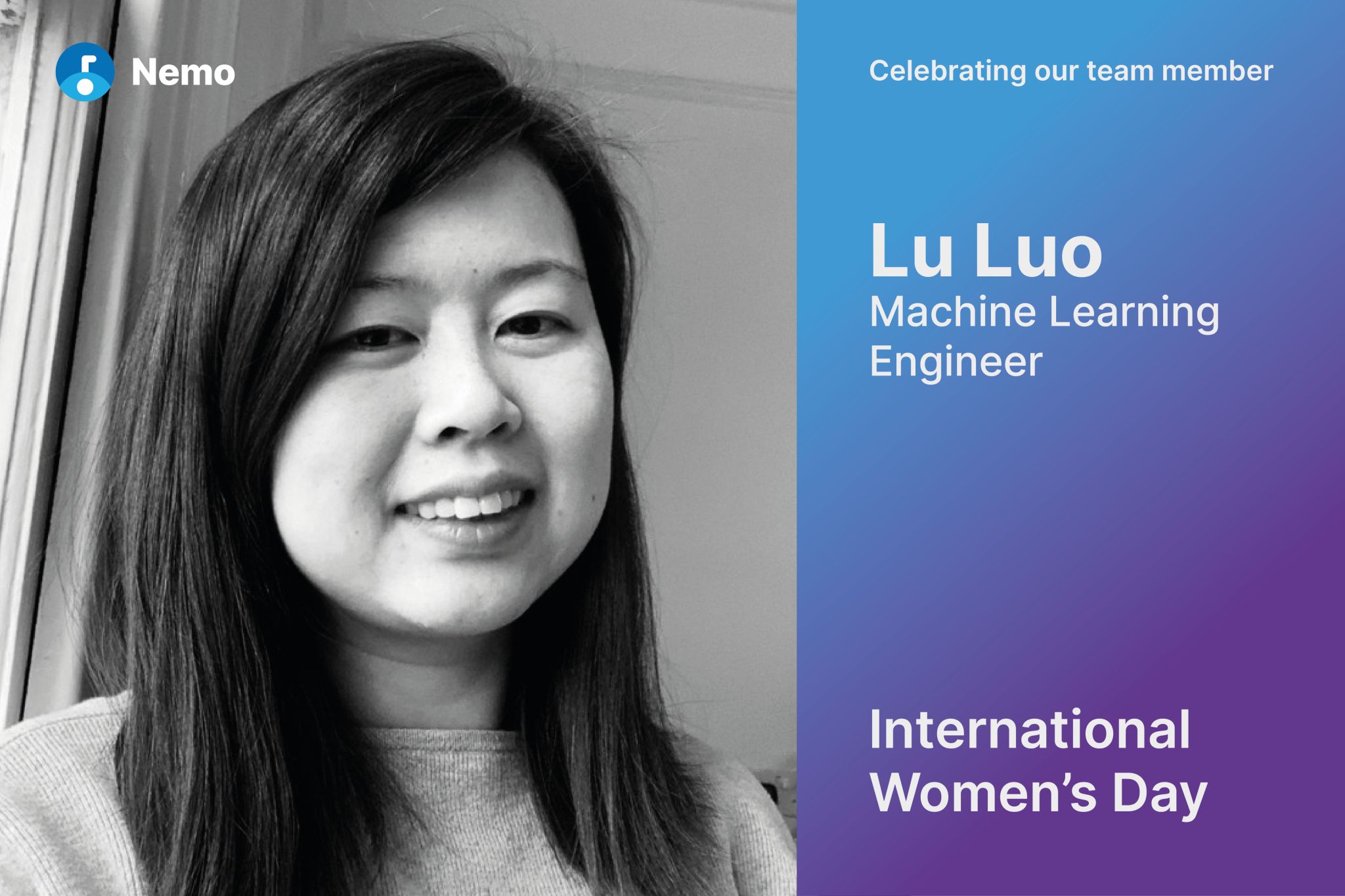 Get early accessBook a live demo